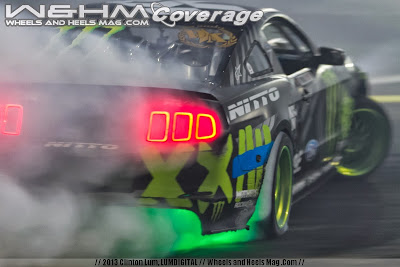 Irwindale, CA (Photos by Clinton Lum, Text by W&HM) - The day 1 of 2013 Formula Drift Round 7 Title Fight is the biggest and most important round of the season.  This is where the crowning of 2013 champion is going to happen.  Drivers were on their double to make sure that they make it to the qualifying circle.  Along the way, there were damages and accidents and of course lots of actions and smoke, and occasionally sparks too! 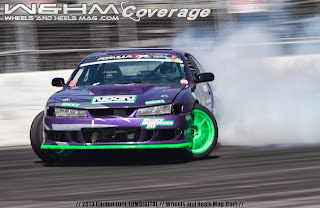 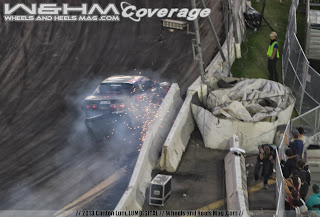 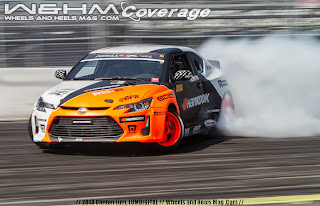 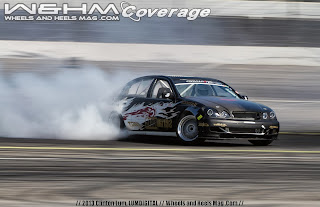 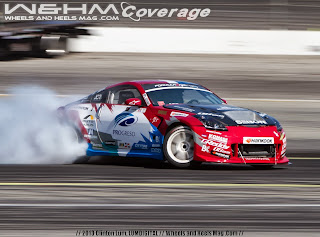 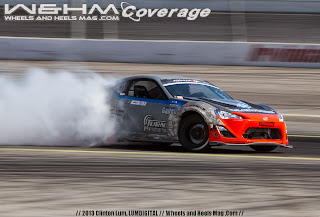 There will be a lot more in the following days of this epic event coverage!  Stay tuned! 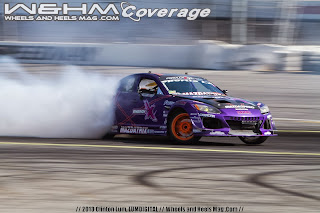 About Contributing Photographer Clinton Lum,
Clinton’s background is in Architecture which provides a unique foundation from which he photographs his subjects, whether they are models, cars, or a mix in between. As with Architecture, photography requires an attention to detail to balance composition, form and light to present a final image.

He has been in the import scene since 2004 and has covered countless events inSouthern California and out of state. Besides import events, he has also covered automotive sports such as D1 Grand Prix, Formula Drift, Indy Car, NASCAR and NHRA drag racing.